The revenge of geopolitics: the space as a metaphor of fear in the clash of civilizations

Professor of History of Political Thought at the University of Bari. She began her career researching on Italian Fascism and the Avantgarde and later on dealt with other political and historiographical themes, like biopolitics, geopolitics, populism, history of historiography. 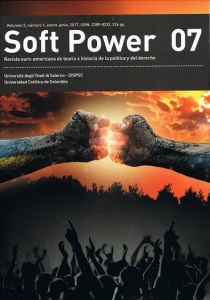